Posted on March 30, 2017 by embrujamiento/tangoarchive.com

The intention of this website is to not just show the most famous and important figures from the tango world, but also some who are more hidden in the depths of history yet still played a now invisible contributing role in the development of Golden Age tango music. In that most important era of tango music, recording contracts were far and few between and that means we miss out on so much material, even from primary orchestras like Troilo (until 1941). Some people only started recording in the late 40s or even 50s and I always wonder how their earlier music would have sounded like. We will never know.

This picture shows us José Tinelli (most likely the man on the left), who left just a few recordings, but relatively interesting ones. The most famous recording, Amor que se hace llanto, also includes the voice of the singer, Horacio Acosta, shown on this picture. 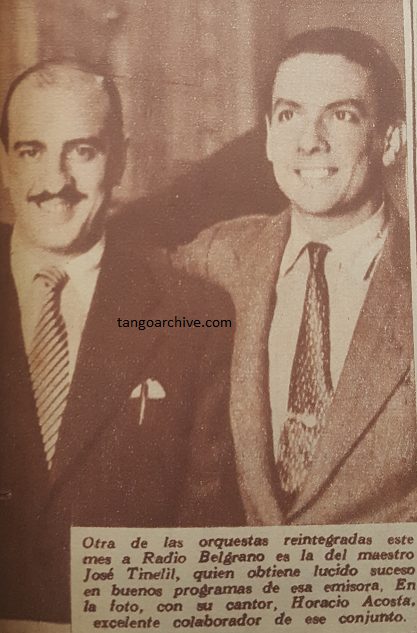