Posted on May 30, 2017 by embrujamiento/tangoarchive.com

The following picture shows us a ‘popular’ Roberto Maida (striped suit, tie; standing between two bandoneonists) with his own orchestra, after four years of a (musically) fantastic partnership with Francisco Canaro and a bitter breakup caused by Maida’s jealousy in 1939, when Canaro hired two other singers. The caption under this photo informs us of Maida’s return to Buenos Aires after a succesful tour in the vast countryside of Argentina. I guess they were too busy travelling around to actually record something, because this is just another band whose sound we shall never be able to hear. 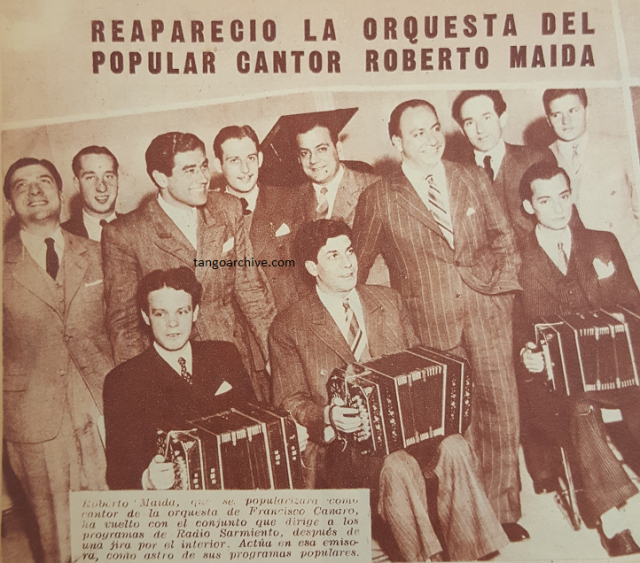