An interview with Juan Polito

Posted on June 7, 2017 by embrujamiento/tangoarchive.com

One of the biggest tragedies in tango music is that we don’t have any recorded music of Juan Polito when he was an important orchestra director, in the early 1940s, accompanied by Juan D’Arienzo’s previous musicians and singer Alberto Echagüe.

However, the interview below is a small step into uncharted territory, with topics like Polito’s early career and the tremendous work(load) of leading an orchestra. For those who don’t understand Spanish: I will try to summarize a few important points from the text. 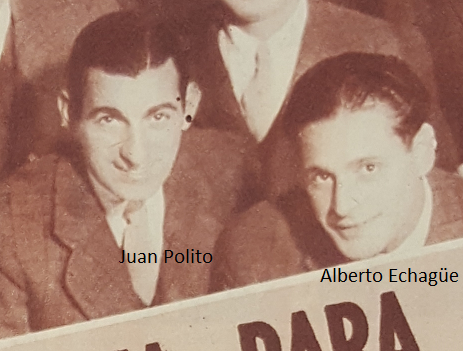