Posted on December 15, 2016 by embrujamiento/tangoarchive.com

Hector Mauré is seen nowadays by (international) tango dancers as D’Arienzo’s second most prominent singer, only surpassed by Alberto Echagüe with his 1938 and 1939 recordings.

However, after the orchestra of D’Arienzo imploded in early 1940 and everyone left, including Echagüe, the King of the Beat first hired Alberto Reynal as his replacement. It’s not much of a coincidence that Echagüe and Reynal have a similar kind of tough, macho way of singing.

Mauré joined only later in 1940 (third, because Carlos Casares proceeded him), but that doesn’t mean that Reynal was now redundant. Both kept working with and recording for D’Arienzo, as you can see on the picture below, with a young Hector Mauré on the right. 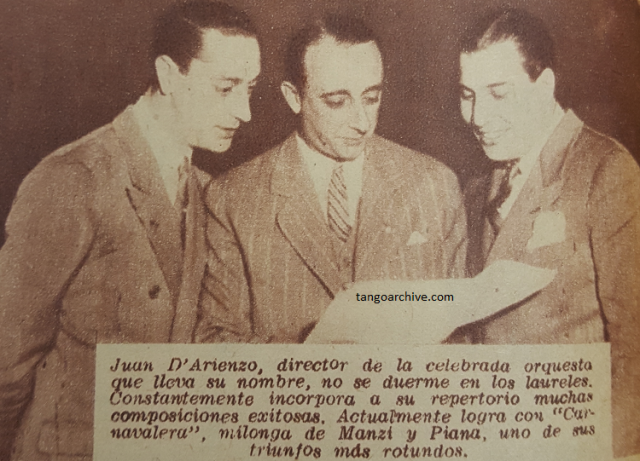