Posted on October 27, 2017 by embrujamiento/tangoarchive.com

According to the story below, in 1942 the succesful orchestra director Carlos Di Sarli began to give away a part of his yearly income to charity. To be precise: he chose a foundation in Buenos Aires, Patronato de la Infancia, that (according to internet sources:) was taking care of a wide range of children in need of support, varying from orphans to street children to children of European war refugees etc. The caption explains that Di Sarli would donate his royalties of every last four months of the year to this institute, apparently quite a large sum of money. And he even hid his mysterious sunglasses for a change! (third picture) 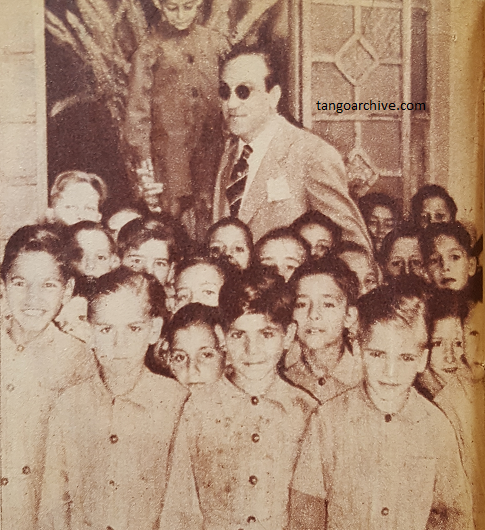 1 Response to Carlos di Sarli, a benefactor of children